What was it really like on the First Crusade?

My scribe thinks he knows what it was like on Crusade - I am not so sure he does - it was a lot tougher than he thinks. Anyway, he wrote this guest blog for Sarah Johnson at Reading the Past - thank you for hosting it Sarah)

One of the challenges of writing about the First Crusade is imagining the details of everyday life at the end of the eleventh century. The period is really the tail end of the Dark Ages, and other than the Bayeux Tapestry there is almost no contemporary visual record of how people dressed or how soldiers fought, how far an army might travel in a day and what they might eat when they stopped. All of this has to be imagined. It is not really for the best part of another century that the picture becomes clearer, and by then customs have changed dramatically, not least because of the civilising impact on Europe of the contact made by the Crusaders with the far more advanced cultures of Byzantium and the Moslem world. 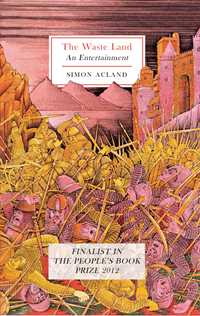 But because the First Crusade was such an extraordinary episode in history, there are many contemporary chronicles that relate the events that happened. These are mostly written by monks or priests who travelled with the leaders of the Crusade, and were charged by them with recording what happened. Of course these chroniclers were also charged with showing their individual lords and masters in a favourable light.

So there is the Gesta Francorum et aliorum Hierosolymytanorum (“The Deeds of the Franks and other Jerusalemers”), written around 1101 by a companion of Bohemond of Taranto. Unsurprisingly, therefore, the Gesta Francorum tends to show Bohemond in rather a good light. The Chronicle of Fulcher of Chartres was probably started around the same time, but not completed until 1127/28, and because Fulcher travelled with Robert of Normandy, Stephen of Blois, Robert of Flanders, and later Baldwin of Boulogne, his perspective tends to be that of the Northern French. Raymond d’Aguilers’ Chronicle favours Raymond, Count of Toulouse, whose chaplain the author was (although his tone changes a bit after his apparent dismissal from this role towards the end of the Crusade!). And the Gesta Tancredi (“The Deeds of Tancred”) by Ranulph de Caen comes close to being a hagiography of Bohemond’s fiery nephew Tancred. Light is shed on the scene from different directions by Anna Comnena in The Alexiad, her history of her father, Byzantine Emperor Alexius I, because she encountered the Crusaders when they passed through Constantinople, and by Moslem historians such as Ibn al-Athir.

One thing that these accounts have in common is that they are not seeking to tell their readers what they already know. So there is little to be gleaned about the humdrum of everyday life from these documents. They relate extraordinary and unusual events, and for these they have provided much of the raw material for my novel The Waste Land. Some of the extreme events that appear in my book may seem exaggerated to modern readers, but they are there in the contemporary chronicles – newborn babies being abandoned on the way across the Anatolian desert in 1097 after the Battle of Dorylaeum, the cannibalism at the siege of Marrat-al-Numan in 1098, accounts of walking over the bodies of the dead after the siege of Antioch, the streets of Jerusalem running knee deep in blood in 1099. The First Crusade was unbelievably harsh. Some historians have estimated that 150,000 souls set out from various parts of Europe in 1096, and that three years later there were just 15,000 left to besiege Jerusalem. It is true that a few went home, like the disgraced Stephen of Blois, in his case only to be sent back to Outremer by his domineering wife Adela, daughter of William the Conqueror to redeem himself and die in 1102 at the second Battle of Ramleh. But based on these numbers, approaching nine out of ten of those who set off died along the way, in battle, of famine, or of plague.

This level of attrition is of course unthinkable in a modern army. But then Pope Urban II had made the Crusaders an offer that they could not refuse at the Council of Clermont, when he guaranteed them a place in heaven whether they made it to Jerusalem or died trying, and gave them carte blanche to behave however they wished on the way. Deus le volt!
Posted by CrusaderHugh at 02:33 No comments:

CrusaderHugh
I was born in 1077 so I have lived a bit. I'm well-travelled : Constantinople, Antioch, Jerusalem of course, most of Syria and Outremer. I've met some interesting people, and killed a few. After all those years I've gained a little wit and wisdom. Expect some interesting history from me - after all, I was there at the time - and some observations on your modern life seen through the prism of the centuries.